The V-3 Bunker - the training ground of secret weapons of Międzyzdroje-Zalesie - an exhibition of secret German V-3 weapons from World War II.

The mini museum of V-3 weapons in Zalesie near Międzyzdroje was opened in 2004 and is one of the most interesting tourist attractions on Wolin Island. We are still discovering new puzzles about this secret experimental training ground. It was here that the world's longest V-3 cannon was built, measuring 130 meters in length. The cannon was hailed as Hitler's last hope. The purpose of the exhibition is to present the military technology that was meant to change the course of the war.
The exhibition is interesting and therefore unusual, as it is located in the bunker where the V-3 missiles were stored. In the vicinity of the bunker are the remains of the fire stations of the V-3 multi-chambered cannons. Admission to the museum is paid while entering the fire stations is free of charge. Current ticket prices are available on the V3 website. 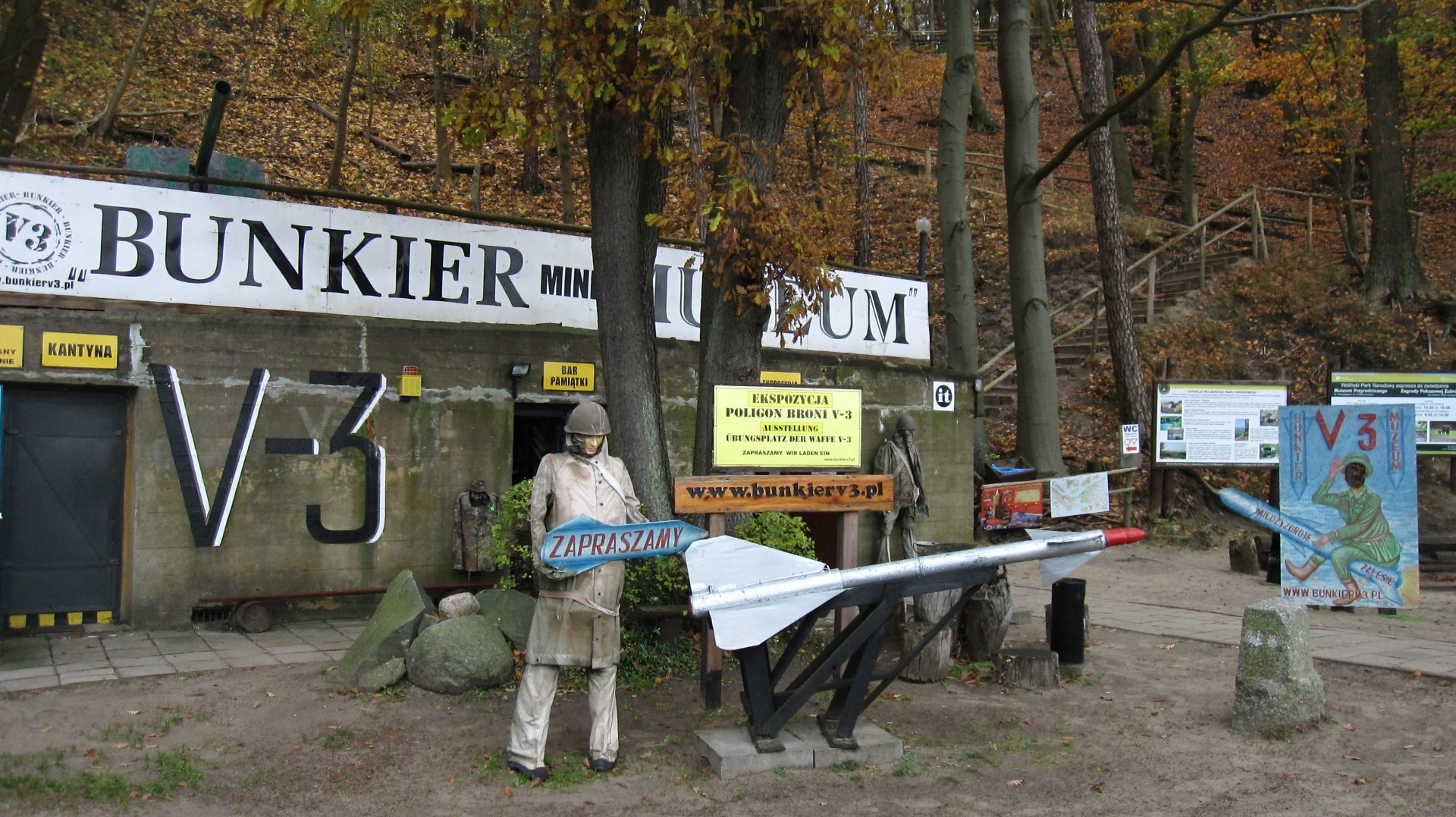 About 2 km from the center of Międzyzdroje, in Wicko village, on the shore of the lake of the same name, a wooded hill of Wolin National Park hides the positions of the V-3 multi-chambered cannon. It was the last secret German weapon of World War II and the historical exhibition where a passionate guide reveals the secrets of the weapon.

The exposition is located in a bunker that stored the V-3 missiles. 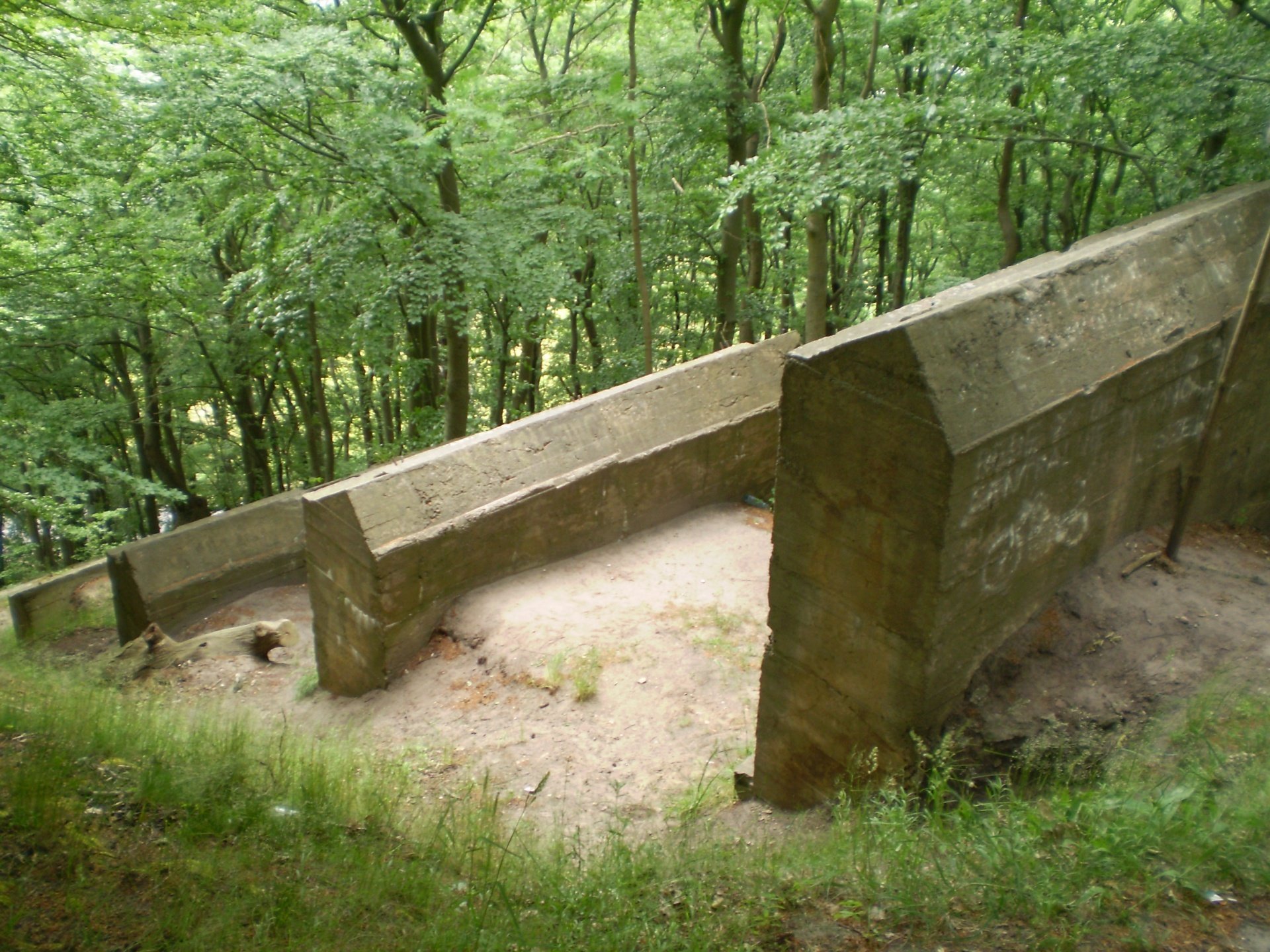 We invite you to take a real lesson and adventure, where everyone hungry for history, with an exhibit in hand and a helmet on his head, will explore the history of the giant V-3 cannon and feel like a hero of World War II.

Across the street, there is a great place for relaxation and the possibility to rent canoes. 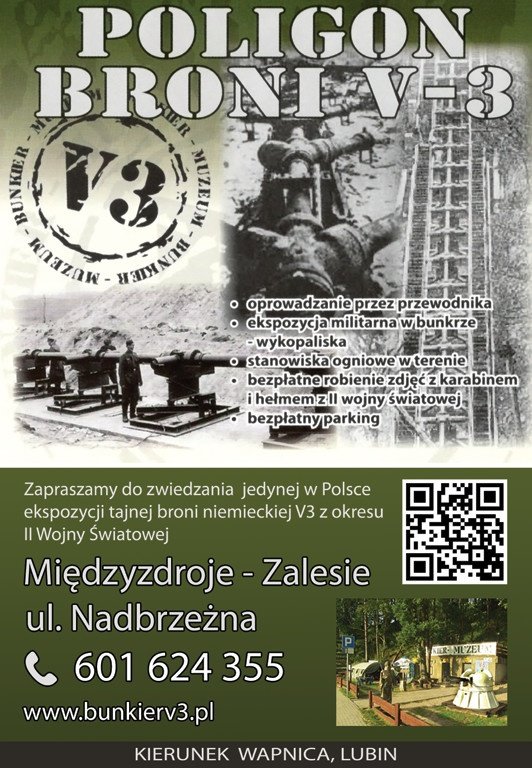